A few days ago, I read a blog post on the silly questions that straight people ask lesbians who are engaged. One of the questions was

Who is the one that’s supposed to propose?

I didn’t think that was such a silly question. Frankly, I was asking it of myself.

My Love and I agreed on some things before I came East. I would have my own apartment. We wouldn’t discuss getting engaged until we’d known each other a year. If the law changed in our home state, we’d marry at her parents’ ranch, but not before next year.

While I sat in the waiting room as my Love had an emergency appendectomy, I had a lot of time to worry and pray. And to think.

I understood emptiness for the first time in my life. It frightened me to my core.

I had never loved anyone before. I had walled out love all my life. I couldn’t be hurt, because I had nothing to hurt.

Now, I had glimpsed something beautiful, something sublime. I know that she’s human, fallible, imperfect. So am I, and she knows it. I know that we have much to learn about each other. I know that nine months, less than half in the same city, is little time compared to the rest of our lives.

I know that I see her, and our future, through a glass, darkly:

For we know in part, and we prophesy in part.

For now we see through a glass, darkly; but then face to face: now I know in part; but then shall I know even as also I am known.

But sitting in that waiting room, I also glimpsed what life might be without her.

Of course, I would go on. We’re bred tough out on the range. We have our day of mourning, then get on with life. It’s a harsh land. Only the strong survive. Only the dead bury their dead.

She lived. But that knowledge of emptiness lives, too.

I resolved that when my Love finished her antibiotics and could drink a glass of champagne, I would break our agreement and propose marriage.

I wondered: Who is supposed to propose? She’s (a little) older and (a little) taller. Should I tell her I want to propose, so we could make it a joint operation? I’m an old-fashioned girl; I needed to ask her parents’ blessing. Did I need to fly home to do that in person? How could I do that without tipping her off?

On Sunday, after church, she solved my problem. 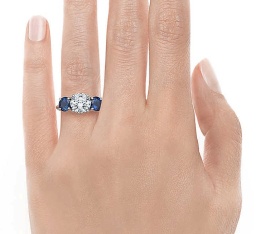 Out of the West into the Big City.